As the months of 2020 have darted from improbable crisis to even more improbable crisis, it’s become clear that we’re all trapped in some kind of ludicrous fictional universe. It’s the only explanation for the absurd plot twists each day brings.

I have plenty of time to spare, so I took it upon myself to determine exactly which fictional universe we’ve had the misfortune to fall into. It took some work, but I finally found the answer.

The fictional universe we’re trapped in is The Long Winter by Laura Ingalls Wilder. 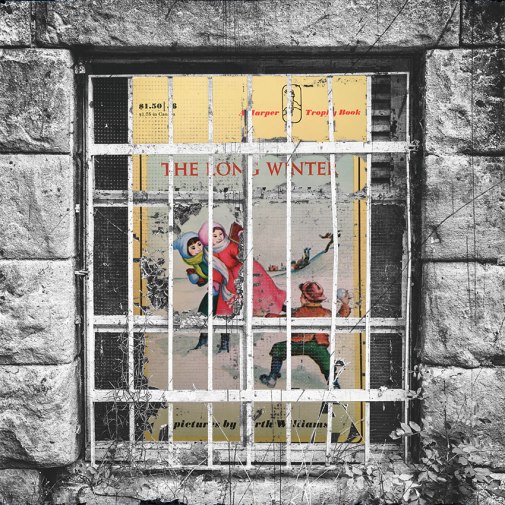 The Long Winter is a children’s book about Wilder’s family and their struggle to survive “The Snow Winter” of 1880–1881, the most severe winter ever endured by many parts of the United States. Wilder’s account of those perilous months 140 years ago parallels our own situation in 2020 perfectly. Here’s the proof.

1. It all started with animals

Our intersecting stories both begin with animals.

Back in February 2020, news of a potentially catastrophic virus from China was making headlines. One from Business Insider read, “Experts think bats are the source of the Wuhan coronavirus. At least 4 pandemics have originated in these animals.” Wrote Aylin Woodward, “Coronaviruses are zoonotic diseases, meaning they spread to people from animals. … In the past 45 years, at least three other pandemics (besides SARS) have been traced back to bats. The creatures were the original source of Ebola.”

Meanwhile at the outset of The Long Winter, nothing hinted at the terrible times to come. Until Pa and Laura came upon a muskrat den.

Pa was shaking his head. “We’re going to have a hard winter,” he said, not liking the prospect.

“Why, how do you know?” Laura asked in surprise.

“The colder the winter will be, the thicker the muskrats build the walls of their houses,” Pa told her. “I never saw a heavier-built muskrats’ house than that one.”

A few pages later, yet more animals offered evidence that something bad was on the wind.

“Something’s queer. Not a goose nor a duck on the lake. None in the slough. Not one in sight. They are flying high above the clouds, flying fast. I could hear them calling. Caroline, every kind of bird is going south as fast and as high as it can fly. All of them, going south. And no other kind of game is out. Every living thing that runs or swims is hidden away somewhere.”

2. Nobody listened to the wise old man’s warning

It’s easy enough to ignore the danger signals of infected bats, burrowing muskrats and fleeing birds. What’s harder to ignore is the direct warning of a human who knows exactly what’s about to happen. But we did, because we’re trapped in Laura Ingalls Wilder’s book.

In late March 2020, two months after the first infection appeared in the United States, Dr. Anthony Fauci, a leading expert on infectious diseases and a member of the White House Coronavirus Task Force, warned that the pandemic could infect millions in the U.S. and kill 100,000 to 200,000 Americans. At the time, there had been just under 165,000 infections and just over 3,000 deaths. Many dismissed his warning as alarmist. His prediction came true just two months later in May 2020.

Likewise in The Long Winter, after an unseasonably early blizzard struck and immediately melted away, it was dismissed as a harmless anomaly. Then an elderly Native American man arrived in town to caution everyone that the blizzard was just the beginning. More blizzards were coming, he warned, and they would last for a long time.

They all looked at him and did not say anything. … The Indian meant that every seventh winter was a hard winter and that at the end of three times seven years came the hardest winter of all. … This coming winter was a twenty-first winter [and] there would be seven months of blizzards.

The Ingalls family and the rest of the townsfolk took a few precautions, but nothing close to what was needed to survive more than half a year of severe, consecutive storms. 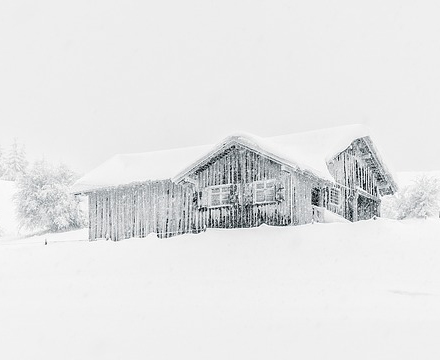 3. Everybody had to hole up in their homes for months

People baked a lot of bread in the early months of the pandemic. So much, in fact, that flour and yeast shortages appeared around the country.

From The Atlantic: “Americans Have Baked All the Flour Away: The pandemic is reintroducing the nation to its kitchens”

From CNBC.com: “Why everyone is #quarantinebaking their way through the coronavirus pandemic”

From CNET.com: “The psychology of ‘stress baking’: Why so many are making bread in 2020”

From HuffPost: Why People Baked So Much Bread During Quarantine: An Explanation” 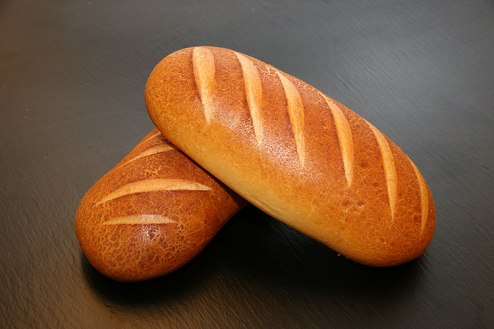 In The Long Winter, flour similarly became scarce. By mid-winter, what little was left was selling for the equivalent of $29 per pound in today’s dollars.

The Ingalls, like us, became obsessed with baking bread. But their obsession was a matter of survival. Store shelves in their little town soon were empty. Trains carrying flour got stuck in snow for months on end. As other food sources dwindled, all they could do was start grinding seed wheat meant for next year’s cash crop in a coffee grinder, using sourdough starter for leavening.

More like this: What Laura Ingalls Wilder really ate

Hours upon hours, grinding the grain just for a few cupfuls of coarse flour. Obsession might be too weak a word when that’s all the food you’re going to get for the day.

5. It kept coming in waves

The first wave of infections came in early 2020. In May, as lockdowns were eased in states around the country, a second wave appeared. Then in the fall, a third wave was recognized.

Similarly, the storms of The Long Winter were not continuous. They, too, arose and abated like waves. First there was an extremely premature blizzard in October, followed by a series of sunny days. Next came a sudden storm that nearly killed all the schoolchildren in town and lasted for three long days. Then it ended and the sun came out. And so it went, on and on. Storms, then sun. Storms, then sun.

“On clear days [Pa] hauled hay. Sometimes a blizzard lasted only two days. There might be three days of clear cold, or even four days, before the blizzard struck again. … The end of March came. April began. Still the storm was there, waiting a little longer now perhaps but striking even more furiously.”

In the same way coronavirus cases skyrocketed in South Dakota in late 2020, so too did the snow pile up in Laura’s hometown of De Smet, located in what would later become South Dakota. And just as Pa Ingalls watched the clear blue sky for the telltale cloud that foretold a coming blizzard, I found myself watching the Sturgis live webcams as crowds rolled into town for the annual motorcycle rally in early August 2020. Now, the streets and the sky are eerily empty. Not just in Sturgis, but everywhere.

In mid-March 2020, The New York Times noted: “Is There Really a Toilet Paper Shortage? The household staple has consistently been out of stock during the coronavirus outbreak. Manufacturers may not be willing to increase supplies”

But it wasn’t. By early April, the Washington Post was running photos of empty grocery store aisles and increasingly unfunny headlines such as: “Flushing out the true cause of the global toilet paper shortage amid coronavirus pandemic”

In The Long Winter, hoarding was also a popular response to the ongoing emergency. Almanzo Wilder, Laura’s eventual husband, hid his seed wheat in a secret bin behind a false wall. When Almanzo’s future father-in-law visited him after his own supply of wheat ran out, he correctly guessed that the young man had a hoard of edible grain on hand. He immediately broke into Almanzo’s stash and helped himself over the youth’s protests.

“I’m out of wheat at my house and I am buying some,” Pa replied. … “You’ve got plenty of wheat there.”

Almanzo whined about it for a while, then grudgingly let him have it, grumbling, “Of course I won’t see anybody starve.”

8. Just when we thought it was all over …

After seven months of isolation, cut off from the world by relentless wind and snow, the storms of The Long Winter finally ceased. The trains began to run again. Food was on its way. Pa Ingalls celebrated prematurely.

“We’ve got this winter licked now! With the last of the blizzards thrown out of the cuts and the train coming in!”

He headed out to meet the incoming train and bring home desperately needed provisions. But then …

“It came through, and what do you suppose it [was carrying]?” He answered his own question, “One carload of telegraph poles, one carload of farm machinery, and one emigrant car.”

Meanwhile, in our parallel pandemic universe, vaccines had been created. They were on their way to every state in the U.S. Everything was going to be all right.