According to Rose Wilder Lane’s 1917 hagiographic biography of Henry Ford, the inventor of the iconic Model T and pioneer in modern assembly line techniques was first and foremost a down-to-earth farmer, son of the soil, and espouser of folksy American values.

That’s debatable, but what strikes the reader of Henry Ford’s Own Story: How a Farmer Boy Rose to the Power That Goes With Many Millions Yet Never Lost Touch With Humanity is how similar it is in both style and content to Lane’s far more famous collaboration: the beloved Little House children’s book series that she worked on with her mother, Laura Ingalls Wilder. 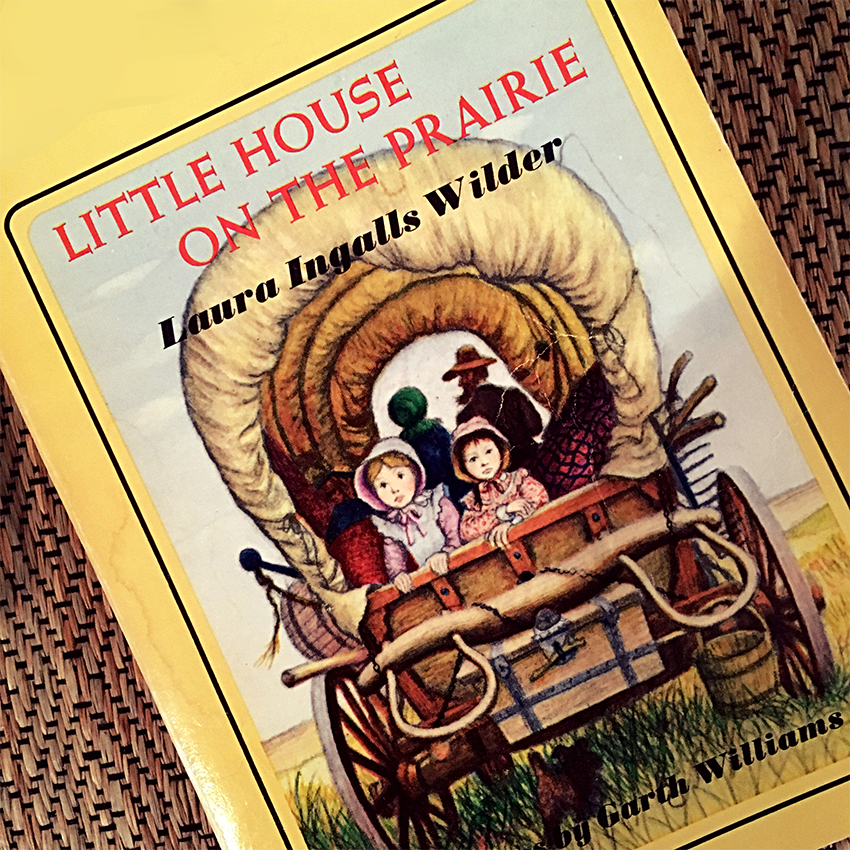 How much of a hand Lane had in the writing of the Little House books has been the subject of debate over the years. Opinions range from light editing (Lane got her professional start as newspaper editor for the San Francisco Bulletin) to full-on ghostwriting. After reading The First Four Years (published in 1971 after Wilder’s death), which Lane did not work on, Henry Ford’s Own Story to me reads as far more “Little House” in theme, style and voice than Wilder’s final book.

Both Henry Ford’s Own Story and the Little House books feature narratives told from a single point-of-view — that of the protagonist — and are written in the third person. This can be quite striking for young readers who first encounter the Little House series (published 1932–1943) and find that author Laura Ingalls Wilder refers to her younger self as “Laura” and “she,” rather than “I” or “me.” Lane accepted an “as told to” credit rather than a traditional byline on the Ford cover, and was completely left out of her mother’s authorship credit. Both books are presented as autobiography, yet they read like fiction. And these stylistic choices are not the only similarities shared by the Ford and Little House books.

“Fifty-two years ago a few farmers’ families near Greenfield, Michigan, heard that there was another baby at the Fords’—a boy. Mother and son were doing well. They were going to name the boy Henry.”

“Once upon a time, sixty years ago, a little girl lived in the Big Woods of Wisconsin, in a little gray house made of logs.”

And now the opening to Farmer Boy, the second book in the Little House series:

Henry Ford’s Own Story and the Little House series both tell the stories of hardworking American families who labor without government aid on their own little plot of land, eking out a living solely from the might of their hands and the sweat of their brows. The land is beautiful and bounteous. The people are moral and guileless. The minutiae of animal husbandry, country cooking, and subsistence farming are painstakingly detailed.

The similarities are so striking, it almost seems like Henry Ford’s Own Story was Lane’s first draft for the Little House series.

In fact, let’s play a little game. We’ll call it “Ford or Little House?” See if you can guess whether the following quotes come from Henry Ford’s Own Story or one of the Little House books:

1. “Sunday, as a matter of course, was a day of stiffly starched, dressed-up propriety for the children, and of custom-enforced idleness for the elders. In the morning the fat driving horses, brushed till their glossy coats shone in the sun, were hitched to the two-seated carriage, and the family drove to church.”

2. “Father curried and brushed the sleek brown driving horses until they shone. … They hitched up the horses, and then they went into the house to put on their Sunday clothes.”

4. “Then they helped themselves from the long table loaded with pumpkin pies and dried berry pies and cookies and cakes. There was salt-rising bread, too, and cold boiled pork and pickles.”

5 “‘I told you I’d take you for a sleigh ride when I got my cutter made. This is the cutter. How do you like it? … I made it smaller than the boughten ones. It’s only five feet long, and twenty-six inches wide at the bottom. Makes it snugger to ride in, and lighter for the horses to pull.'”

6. “But [he] built that winter a light sleigh, painted red, balanced on cushiony springs, slipping over the snow on smooth steel runners. No girl … could have resisted the offer of a ride in it.”

How did you do?

Though we get a fairly solid overview of Ford’s automotive innovations, assembly line system, and the development of the Ford Motor Company in Henry Ford’s Own Story, Lane keeps veering from the dry business story she was hired to write to return again and again to Ford’s agrarian background, which seemed — to her, at least — so like her parents’.

More like this: “What Laura Ingalls Wilder really ate”

The reader can sense that Lane is desperately trying to force Ford into a preconceived mold of “folksy farmer with good old-time values.” But Ford, the few times he is directly quoted, is having none of that. He presents himself, perhaps intentionally, as a joyless, single-minded automaton obsessed with machinery. Not even Lane’s most bucolic prose can transform Ford into an authentic salt-of-the-earth character.

Witness Ford’s thoughts on fun:
“What’s the value of recreation, anyhow? It’s just waste time. I got my fun out of my work.”

On work-life balance:
“It isn’t overworking that breaks men down; it’s overplaying and overeating. … A workingman’s job is his life.”

On money:
“Money has no value, anyway. It is merely a transmitter, like electricity. … Money is the most useless thing in the world, anyhow. … Worrying about money is about the worst thing a man can do—it takes his mind off his work.”

On bootstrapping:
“Poverty doesn’t hold a man down. … Any young man who has a good idea and works hard enough will succeed; money will come to him.”

On religion:
“Religion, like everything else, is a thing that should be kept working … I see no use in spending a great deal of time learning about heaven and hell.”

On education:
“This education outside of industry that we have to-day is just the perpetuation of tradition and convention. It’s a good deal of a joke and a good deal of waste motion. To my mind, the usefulness of a school ends when it has taught a man to read and write and figure.”

On alcohol:
“I have never tasted liquor in my life. … I’d as soon think of taking any other poison.”

On humility:
“I always knew I would get what I went after. … I don’t recall having any very great doubts or fears.”

And finally, witness Ford’s heartless abandonment of his family as a teenager, which even Lane can’t sugarcoat:

“Henry started to school as usual one morning, and did not return. Detroit is only a few miles from [his home in] Greenfield. Henry made the journey on the train that morning, and while his family supposed him at school and the teacher was marking a matter-of-fact ‘absent’ after his name. … Henry did not return from school in time to help with the chores. When supper time came and went without his appearing [his mother] was sure some terrible accident had occurred. A hired man was sent to make inquiries. He returned with the news that Henry had not been in school. Then William Ford himself hitched up and drove about the neighborhood looking for the boy. With characteristic reserve and independence Henry had taken no one into his confidence, but late that night his father returned with information that he had been seen taking the train for Detroit.”

At the time of the book’s writing, Ford had “an annual business of one hundred and fifty million dollars” and was resisting calls to convert his factories into munitions plants for World War I. Yet he is presented as a simple, artless farmer boy throughout. Lane’s decades-long nostalgia for that “golden age” of the 1870s and 80s when Ford and her parents were children is understandable, given the experiences she lived through (divorce, financial ruin, the Great Depression). Who wouldn’t prefer to live in a world of cheerfully self-sufficient pioneers, fertile farms, and sleek brown horses?

But perhaps Lane should have taken to heart this sentiment, as told to her by Ford:

“We should be guiding our future by the present, instead of being guided in the present by the past. … Every generation has its own problem; it ought to find its own solutions. There is no use in our living if we can’t do things better than our fathers did.”

3 thoughts on “Who really wrote ‘Little House on the Prairie?’”